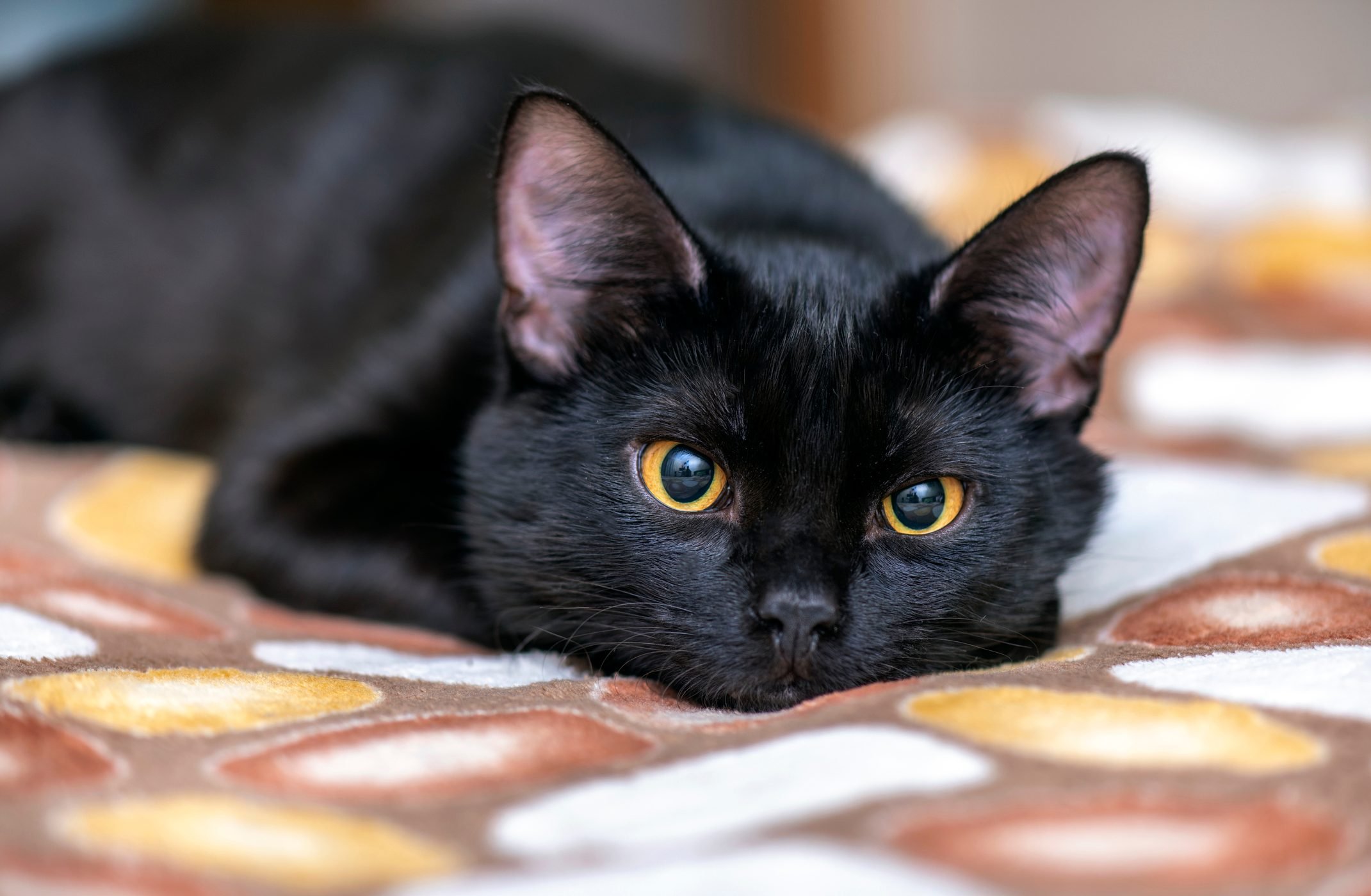 With all the scientific knowledge, yet our modern societies do believe in superstitions like black cat crossing path or black cat omen. Superstitions are something which people have been following since ages. This iconic black cat has actually considered as bad but also good sometimes. Let’s move to the answer for are black cats good luck?

A “solid black” cat may be coal black, grayish black, or brownish black. They are free from any tinge of rust on the tips. The color of the nose is black with fur and paw pads are black or brown in color.

The cats were worshiped once but the meaning for black cat superstition got changed after the middle-ages and started to be treated like evils. It is believed that the witches could transform themselves into cats and try to escape from their punishment.

Whenever the Pilgrims arrived at Plymouth Rock, they brought with a faith in the Bible. They have a strong suspicion of anything deemed of Satan and were deeply suspicious group. They viewed the black cat as a companion, or a familiar to witches.

Cats were valuable, too as able to forecast approaching death.  When a person lay seriously ill at home the family cat refused to stay indoors, then it was certain that the sick person would soon die. Cambridgeshire Porter (1969)

In Ancient Egypt, cats were worshiped as a symbol of royalty and even killing them considered as a capital offense. Just for an example, back in time sailors used to take cats with them for good luck. Even the wives of them keep cats at home with the belief that they will protect their husbands at the sea.

Another superstition is if black cat crossing from left to right, it is auspicious. If a cat walk towards you, it will bring good fortune and prosperity. In Japan, if a cat crosses your path, it’s good and In Scotland, if a strange black cat comes at your home, it may bring you prosperity.

There’s an English superstition that says giving a black cat to the bride will bring good luck in her marriage. Japanese superstition says a black cat will bring a single woman many good suitors. They also frightens away demons, evil energy and negative vibes from the owners.

In ancient Egypt, the goddess are usually pictured as a black cat or human with the head of a black cat. Black cats are good to draw good fortune and happiness to the place they are.

Why Are Black Cats Unlucky?

Christainity always wanted to get rid off all the good beliefs for black cats. Also, christians think black cats could transform themselves into some evil omens.

August 17 is “Black Cat Appreciation Day” Wayne H. Morris created the day in honor of his late sister, June, who had a black cat, Sinbad. In Germany, it is believed that black cats crossing a person’s path from right to left, is a bad thing. But from left to right, the cat is granting favorable times. Unluckily, Halloween is the most risky time for the black cats as people would only adopt them for decoration purpose and then abandon them. Because of the harm and even shelters refused to adopt them.

When Is It Bad Luck To See a Black Cat?

In the gambling world, if you are travelling to a casino and a black cat crosses your road then you should not visit the casino. The Irish believe that if you kill a black cat then it would bring you seventeen years of bad luck for the person. In India, if a black cat crossing your path while driving, it is considered as a bad luck.

What Does It Mean When You See A Black Cat?

Black cats have a lot of superstitions related to them either it’s good or bad. Depending on the location and century, they have different meanings. Like, in Italy, people do believe that if you are sick and a black cat lay on your side, you’ll die. In England, its lucky to keep a cat but misfortune if cat crossing from left to right. Some common mythologies are:

In Germany, meeting a black cat can have two meanings. If the cat passes from right to left, it is not a good sign, but if it passes from the left to the right, it means you will be very lucky in life. The spiritual meaning of seeing a black cat depends on your own beliefs and the place you are living.

What To Do If a Black Cat Crosses Your Path?

If you are driving and a black cat crosses your path, turn your hat around backward and mark an “x” on your windshield to prevent bad luck.  If you are going to work, better to go back. Be careful enough to not trip on it or keep feet on her tail. Don’t throw things or yell at it. Still, if you feel worried then pray to God and watch your deeds.

0 comment on Spiritual Meaning Of Black Cat Crossing Your Path